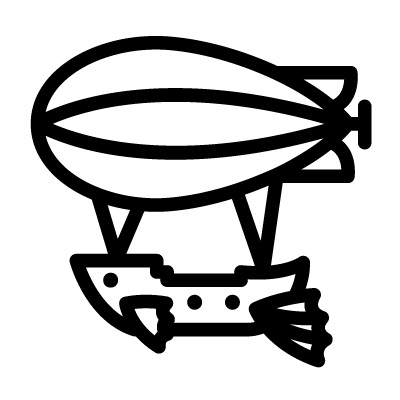 Air boats as seen in the Steampunk genre, differentiate themselves from modern incarnations of airboats by being a kind of boat attached below a zeppelin-like balloon. Multiple steam powered propellers create forward movement, while several kinds of ballast technologies regulate the height of the ship. These air boats, otherwise known as air ships, can be any number of sizes, from small frigates to massive leviathan-sized beasts carrying enough guns to level a city.