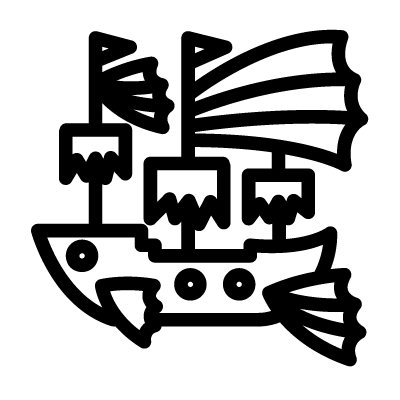 Air pirates (or sky pirates) are characters from science fiction and fantasy. Such characters typically operate as pirates in the air, or, in general, the atmosphere of a planet, dwarf planet or moon, and travel by aircraft, as opposed to the more traditional pirates on the high seas, who travel by ship. However, just as traditional seafaring pirates target sailing ships; air pirates serve a similar role in science fiction and fantasy media: they capture and plunder aircraft and other targets for cargo, loot and occasionally they steal an entire aircraft, sometimes killing the crewmembers in the process. Air pirates made early appearances in novels of the late 19th century, as well as silent films, comics and pulp magazines, and have since appeared in a variety of media, including alternate history, steampunk, and dieselpunk works.