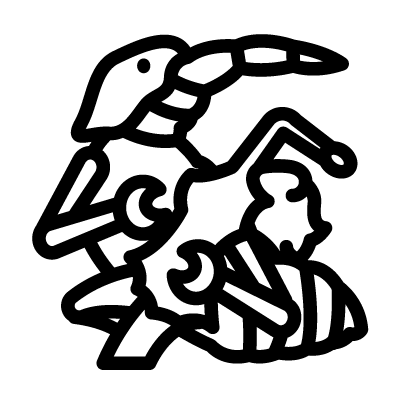 Alien domination is one of the possible reasons for the apocalypse, and in the Post-Apocalypse the last examples of humanity live under alien control. Aliens can live as parasites in the human body and control it from the inside, making all people their slaves, either forcing them to work or act as little more than cattle for food. As the aliens start to drain Earth of all its natural resources, all infrastructure, buildings, and cities will become unusable or completely destroyed, or rebuilt to suit the alien masters. All of Earth’s technologies will also be captured, changed, or destroyed.