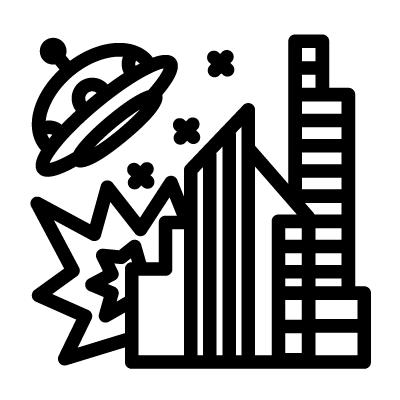 Alien invasion is one of the probable scenarios for the apocalypse, in which hostile alien life forms attack our Earth. Something alien, unknown, and very likely hostile from some other planet or universe has invaded Earth, posing a threat not only to all humankind but also to the entire planet itself. It can be either a powerful intergalactic empire intending to take over the planet in order to extract its natural resources and expand its borders, or it could be some hostile life form, prowling the edges of space in search of prey. They can be intelligent or unreasonable, technologically advanced or primitive with strong, hardy physiology.