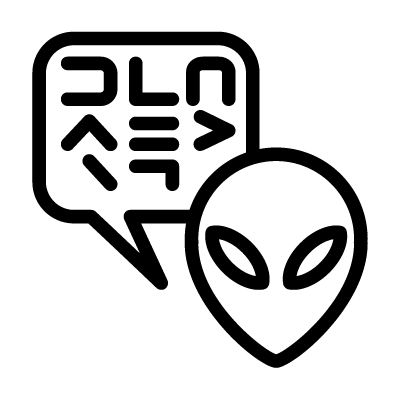 Alien language can be seen in the Sci-Fi genre as a language used by aliens, or as ancient writing in a lost alien city on another planet. The science of xenolinguistics is engaged in studying the possibilities of translation from an alien language. There is also the possibility that the alien language is so different from our own in its logic that it cannot be translated by normal means and completely requires another way of thinking. To translate from an alien language, xenolinguists are used in different settings, from Babylonian fish, to computers, to robotic translators, and so on.