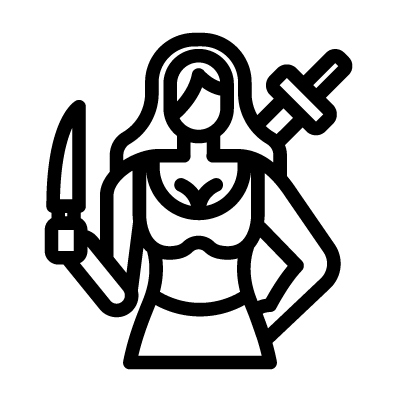 Amazon is a character in the post-apocalyptic world inspired by the old Greek legends of a community of female warriors. Such communities of well-equipped and well-trained fighters do not specifically accept men into its ranks. Alternatively, it may be a variant of the post-apocalypse, when all men died out and women were forced to create a new society and learn to restore the population of humankind without men.