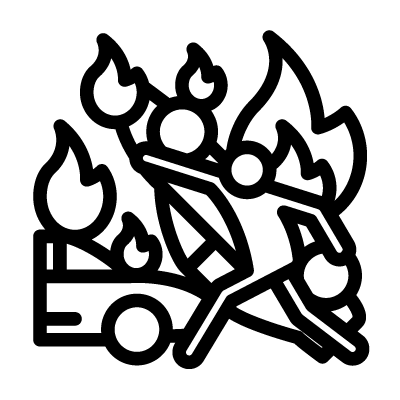 Before the end of the world, government and state forces around the world display their inability to change or quell the disquiet in society, leading to mass upheaval. As rioting and looting sweeps across the face of the world, police and military forces cannot stem the tide, leading to the total collapse of civilization. In some fiction, like the Mad Max film series, anarchy, caused by a depletion of resources and degradation of society, is the apocalypse itself.