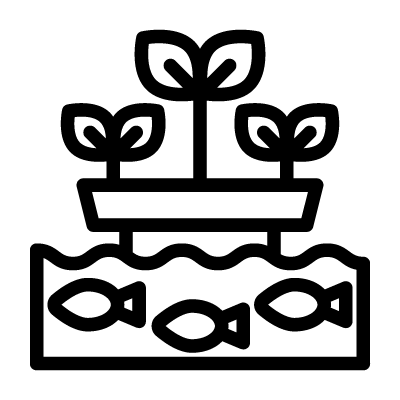 Aquaponics is a closed system of organically growing fish and plants. Aquaponics is a combination of aquaculture and hydroponics. Hydroponics is growing plants without soil, while aquaponics mimics the natural whirlpool in nature, allowing people to grow both fish and plants at the same time. Plant fertilization comes from the waste products of fish in the aquarium. Microorganisms convert the waste products of fish into nutrients that plants need, while purifying the water that is recirculated, which means that resources are saved. This is how many eco-farms in ecotopia will work.