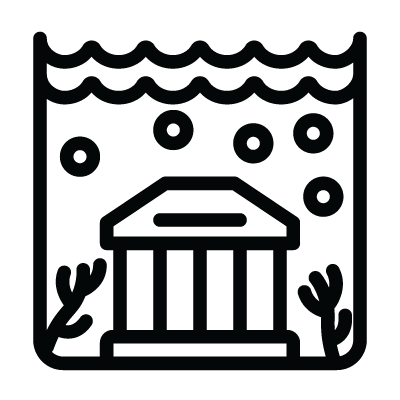 Atlantis is a mythical island-state. The most detailed description of Atlantis is known from the dialogues of Plato. In the 1910s through 1920s, the reigning hypothesis was that Atlantis was the cradle of human culture. During a strong earthquake, accompanied by flooding, the island was swallowed up by the sea along with its inhabitants. Science Fiction writers have suggested that such Atlanteans continued their lives under the sea, establishing a true underwater civilization. Plato indicated the time of the catastrophe as “9,000 years ago,” which is around 9500 BCE.