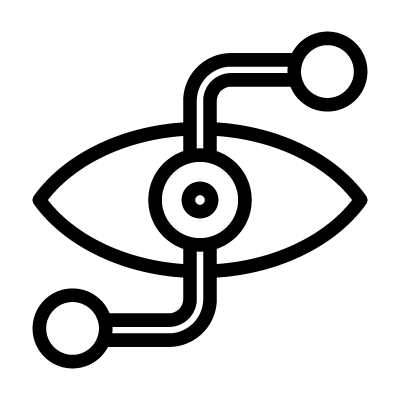 Augmented vision is a technology that improves eyesight, improving overall vision or even allowing a person to see far distances as if through the lenses of a telescope.A microchip installed in the eye may allow people to connect to the Internet or other computers. The person sees reality and at the same time the computer displays information on what they see.