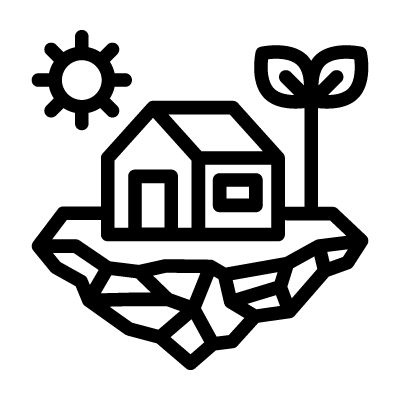 An autonomous bio building is a residential complex that can function both on land and on water. The foundation of the building is a floating platform, where in the lower part of the structure, a power unit converts thermal energy into electricity. In the upper part, there are solar panels and rainwater collection systems. Such buildings are autonomous which means that they can produce water, energy and food for themselves. In addition, they have recycling tools to avoid dumping any waste into the surrounding waters.