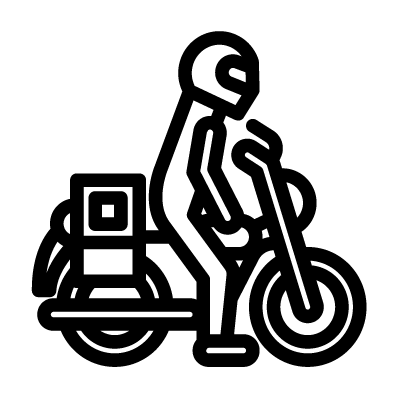 Biker is one of the main symbols in Post-apocalyptic pop culture. First seen in the novel Damnation Alley by Roger Joseph Zelazny, the concept of the road-based savage ganger was popularized in the Mad Max movie series. Bikers are hellish motorcycle thugs who raid and loot along the highways of the old world, always on the hunt for food and fuel to keep their rampage going.