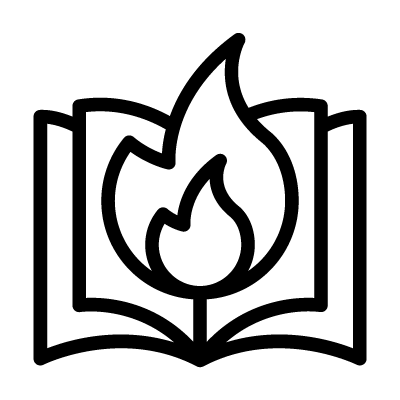 Book bonfire is a symbol of a totalitarian dystopian society working to destroy all the knowledge of previous generations. Books are banned, and few have the right to read them. Book burnings are just a few real-world examples of totalitarian governments permeating the Dystopian genre.
For example, the name of Ray Bradbury’s novel Fahrenheit 451 refers to the temperature at which paper catches fire, symbolizing the regime described in the book in which books, both old and new, are prohibited and systematically destroyed by the state.