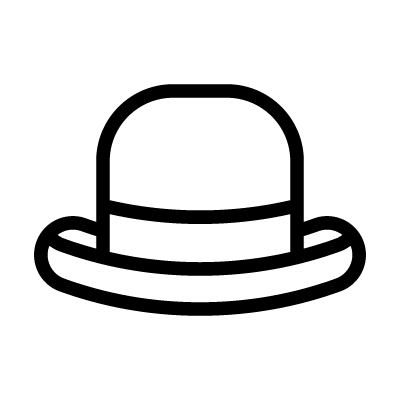 The Bowler hat is a hard felt hat with a rounded crown, originally created by the London hat-makers Thomas and William Bowler in 1849. It has traditionally been worn with semi-formal and informal attire. The bowler, a protective and durable hat style, was popular with the British, Irish, and American working classes during the second half of the 19th century, and later with the middle and upper classes in the United Kingdom, Ireland, and the east coast United States.