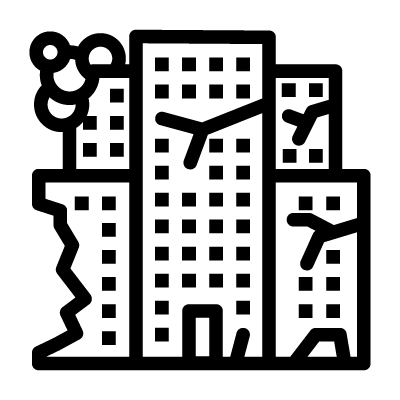 Building ruins are one of the main distinguishing features of the post-apocalyptic landscape. After the apocalypse, most of humanity has died off, leaving most of the inhabited landscape decimated, either through weapons of mass destruction or due simply to the ravages of time.