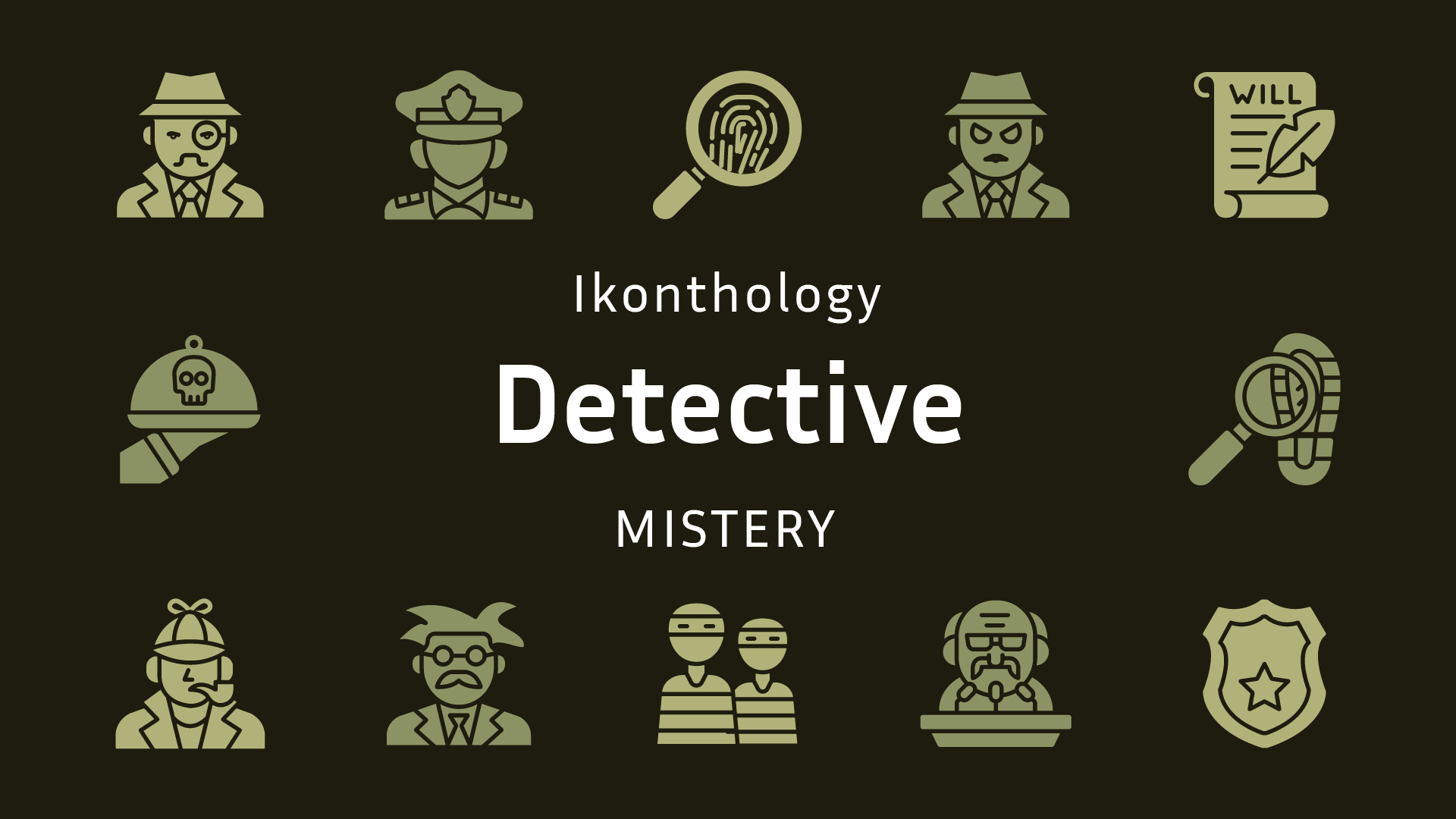 General info: Detective is a subgenre of the Mystery genre that is widely used in literature and cinema, taking the audience along for a ride from crime to punishment. Detective stories describe how interested people, with the help of intelligence and ingenuity, investigate mysterious incidents, hoping to find out all the circumstances and find the culprits. The focus of detective investigation is usually crime, often murder, though there is a significant catalogue of Middle Grade fiction such as Nancy Drew and the Hardy Boys that draw from the deep well that is Detective fiction, though the crimes are much less severe in nature.
Edgar Allan Poe’s stories, written in the 1840s, are generally considered some of the first detective stories. It was Poe who created the first great amateur detective Auguste Dupin from the story “Murder in the Rue Morgue”.

Cultural overview: The Detective genre became possible only with the advent of a trial based on evidence. Since the serialization of stories like Sherlock Holmes by Arthur Conan Doyle, Detective fiction has been a staple in bookstores the world over. The pervasiveness of the same elements and tropes within Detective fiction is notable, even when the genre is combined with Sci-Fi or Fantasy, from the hardboiled detective to the uncooperative partner to the obstinate police chief.
Edgar Allan Poe, Cyril Hare, Agatha Christie, Arthur Conan Doyle, John Dickson Carr, Gaston Leroux, Charles Percy Snow, Robbert Hans van Gulik.

Meaning: An important element of a classic detective story is completeness of facts, since “it is easier to come up with a good riddle than a good answer.” By the time the investigation is over, the reader should have enough information to help him find a solution on their own. Only a few insignificant details can be hidden, which do not affect the possibility of disclosing the secret. Upon completion of the investigation, all riddles must be solved, all questions must be answered.

Distinctive traits of symbols:The main feature of the Detective story as a genre is the presence of some mysterious incident, the circumstances of which are unknown and must be investigated and clarified. The most-frequent incident in the detective genre is a crime, although there are detective stories where the investigation is not criminal.
The actual circumstances of the incident are not communicated to the reader, at least not in their entirety, until the investigation is completed. Instead, the reader is guided by the author through the investigation process, gaining the opportunity at each stage to build their own case and evaluate known facts.
The atmosphere in the detective story usually has the following elements:
1. The ordinariness of the situation. The conditions in which the events of the detective take place are generally common and well known to the reader. Thanks to this, it is initially obvious to the reader what is being described is ordinary, and what is strange and beyond the normal scope.
2. Stereotyped behavior of characters. Characters are largely devoid of originality, their psychology and behavioral models are quite transparent, predictable, and if they have any sharply distinguished features, then those become known to the reader.
3. The existence of a priori rules for plotting, which do not always correspond to real life. So, for example, in a classic detective story, the narrator and the detective, in principle, cannot turn out to be criminals.