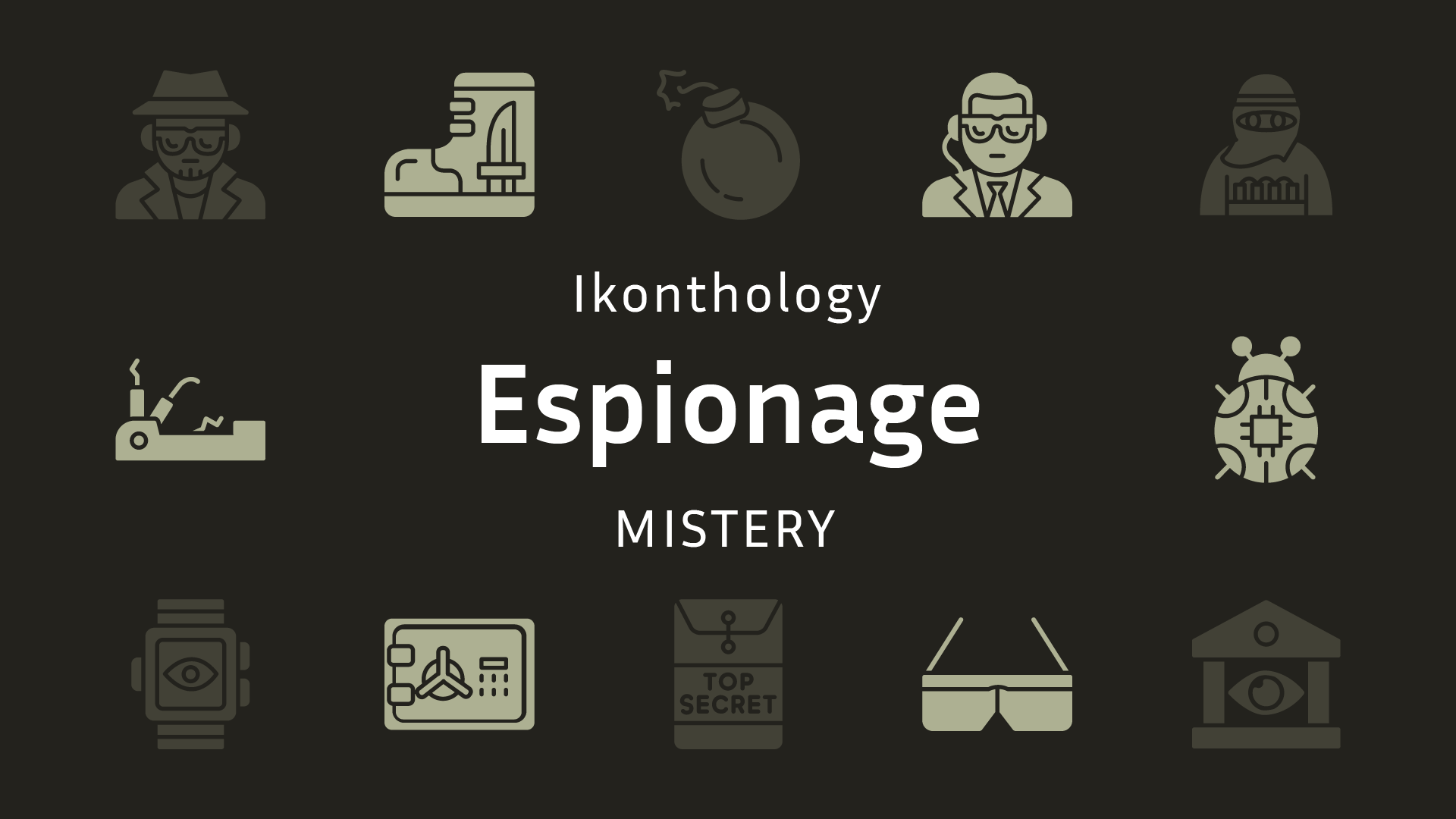 General info: Espionage is a subgenre of the mystery genre. The Espionage story is based on the activities of spies in wartime or in peacetime. One of the best representatives of the genre is British-Irish author John le Carré thanks to his works such as Tinker, Tailor, Soldier, Spy (1974), however, still the most famous spy in media is James Bond, who first appeared in Ian Fleming’s Casino Royale (1953). The subgenre can even trace its roots to Sherlock Holmes, when in Arthur Conan Doyle’s last story with the character, set on the eve of the First World War, the elderly Holmes exposes a German spy.
The Espionage genre developed during and after World War II and continued to expand during the Cold War. After the fall of the Soviet Bloc, Espionage fiction focused instead on international criminal organizations, global terrorist networks, maritime piracy and technological sabotage. Early examples of espionage are The Spy (1821) and Bravo (1831) by the American writer James Fenimore Cooper.

Cultural overview: William Somerset Maugham, Joseph Conrad, Agatha Christie, John Buchan, Henry Graham Greene, David John Moore Cornwell, John Boynton Priestley, Ian Lancaster Fleming, Len Deighton.
The birth of the espionage genre is associated with the growth of international espionage during world conflicts. Audiences were captivated by the idea of the spy figure, of the intrigue and stakes of a lone figure installed deep behind enemy lines or planted within the social fabric of enemy nations. The line between hero and antagonist was often very stark in class Espionage fiction. Modern spy fiction, especially in cinema, has also taken many cues from action movies and strayed away from traditional Mystery genre, but Espionage fiction like Paul Vidich’s The Coldest Warrior maintain much of the genre’s tropes and translates them for a modern audience.

Meaning: Many of the authors in this genre themselves were intelligence officers working for the British intelligence services. Some of the first espionage stories appeared shortly after the end of the First World War and were thinly disguised memoirs of former British intelligence officers. The Espionage genre gained popularity, firstly, because of the clear distinction between the hero and the enemy in times of acute international conflicts, and, secondly, because of the opportunity to look behind the curtains of a top-secret job, which is always interesting.

Distinctive traits of symbols: When people think of spy thrillers, they think of gadgets and disguises, dark rooms and hidden recorders. The Espionage genre relies on a sense of mystery, of not knowing who to trust or if there’s more at stake than initially thought. Old agents dress in trench coats and fedoras, while modern agents are cloaked in a black suit and tie, an earpiece coiled around their head.