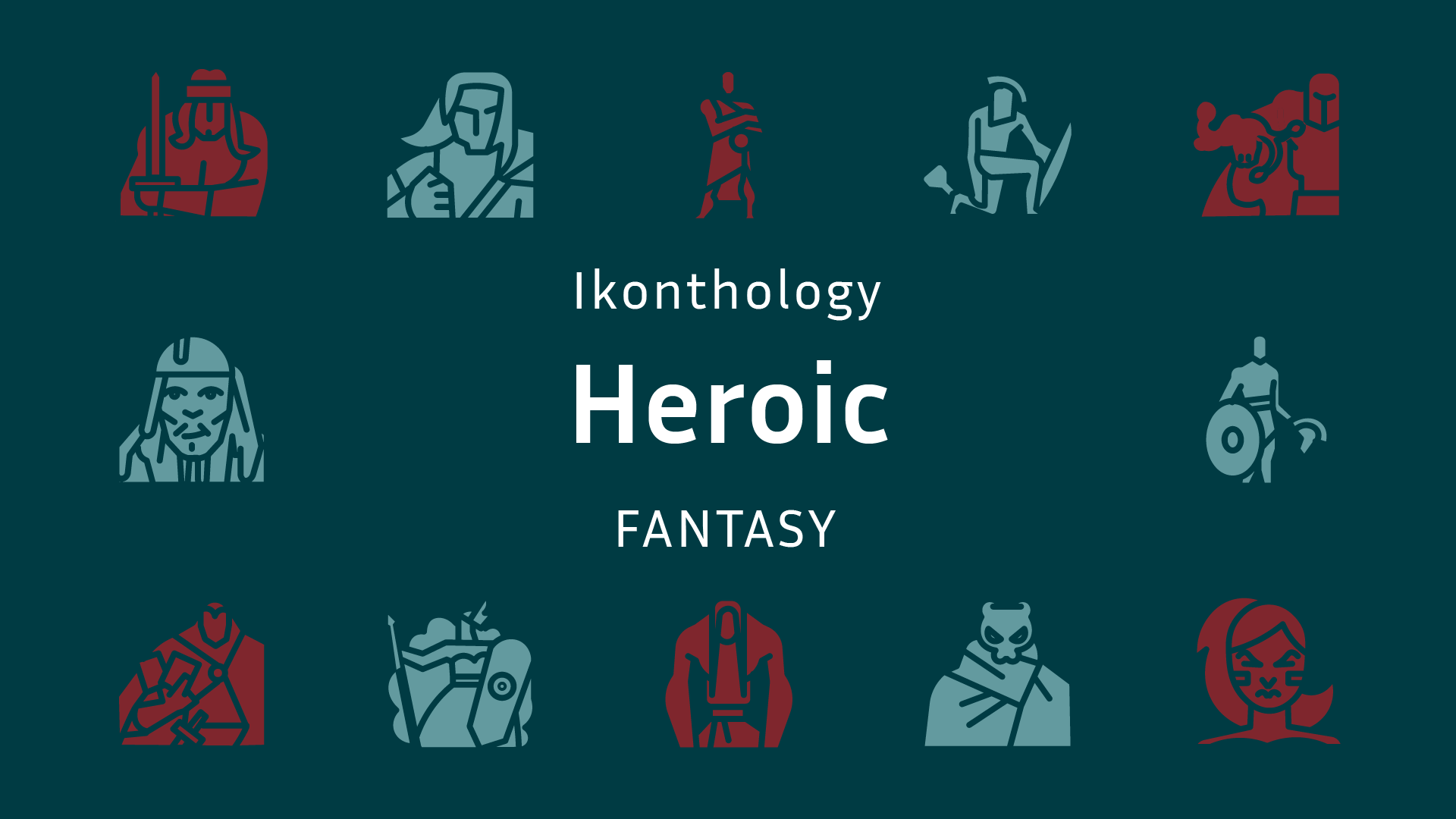 General info: Heroic Fantasy is a subgenre of Fantasy describing the adventures of heroes in a Fantasy setting. It is considered, depending on the classification, either as a kind of sub-subgenre of High Fantasy, in which heroes are part of a worldwide confrontation between good and evil, or as a middle genre between High and Low Fantasy, in which heroes strive both to achieve their personal goals and their higher ideals.
Heroic Fantasy is set in worlds of sword and magic, in which heroes and antiheroes fight to survive and prosper. Magic and sword are both weapons in large-scale wars, though the main difference from the genre of Sword and Sorcery is the scale, the goals of the heroes can be grander, and the world more elaborate. The genre is ideal for role-playing games, as has been successfully demonstrated by numerous incarnations of games such as Dungeons and Dragons or Exalted.

Meaning: The roots of the genre go deep into history, and can be stretched to include ancient stories like Homer’s Odyssey, along with tales of heroes like Hercules, Achilles, Perseus etc. Further, adventure literature developed, which ultimately led to the appearance of works by R. Haggard and E. R. Burroughs (Tarzan), which narrated adventures in distant lands. The obvious sources of inspiration for the fathers of heroic fantasy were the novels of swashbuckling swordsmen. For instance, Alexandre. Dumas and his book Three Musketeers (1844) gave way to sword-swinging adventurers amidst the backdrop of kings, princes and heroes. Also, a good portion of all RPGs take a page from the genre of Heroic Fantasy, most likely due to the popularity of Dungeons & Dragons.

Distinctive traits of symbols: Heroes in shining armor fight evil, get stuck in trouble, drink ale, search for treasures and save beautiful women. In this difficult task, a warrior is assisted by a magician or priest who restrains rash impulses and offers wise advice. The setting is usually Middle Ages-inspired. There is often absolute evil in the genre in the form of ancient gods, vile cultists, or tyrants seeking to enslave the world.