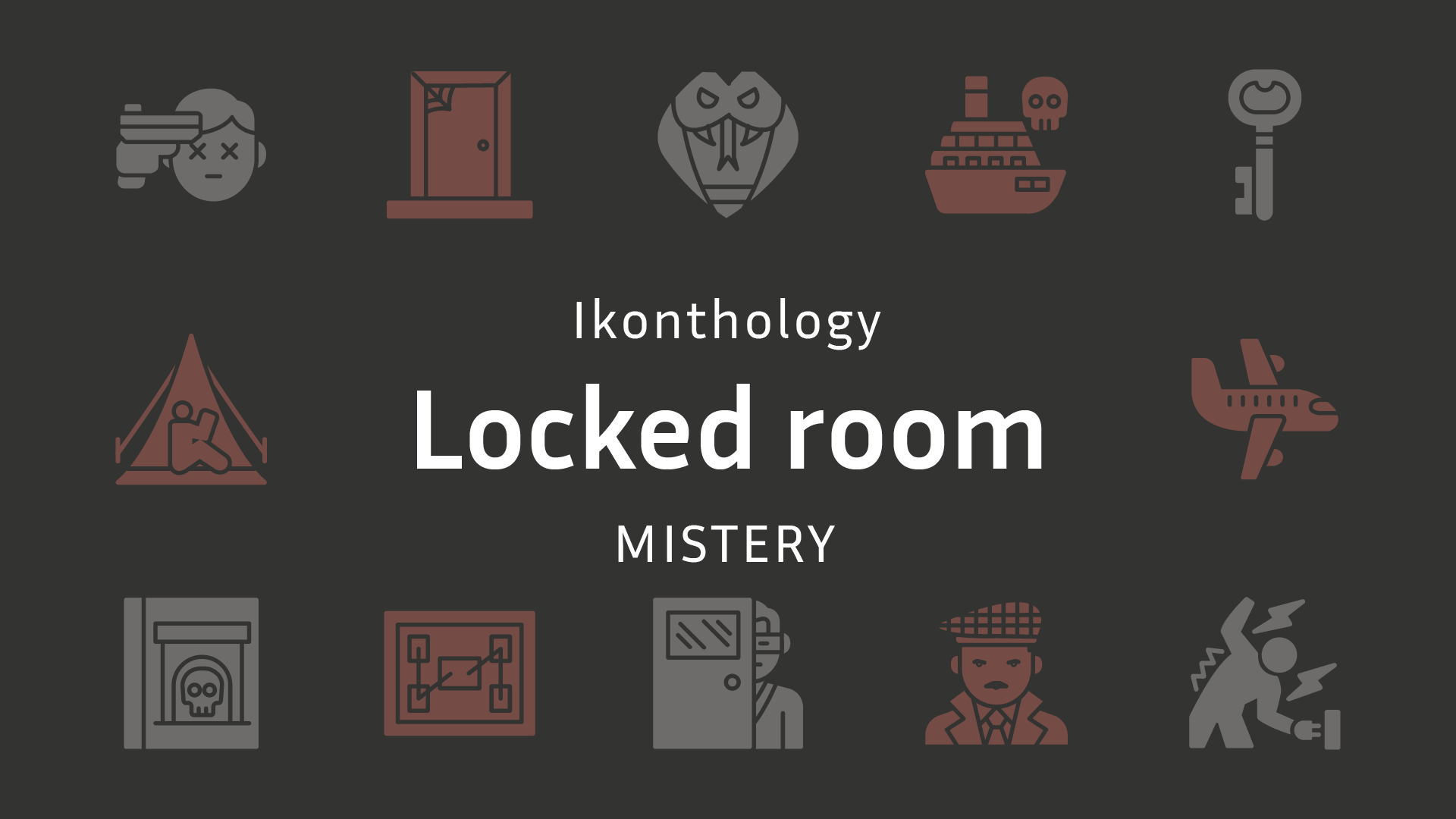 General info: Locked room or puzzled mystery is a subgenre of the Mystery genre. The basis of the plot for this Mystery is a body with signs of violent death, found in a room, all doors and windows of which are locked from the inside. No one else but the victim is there. Or there is no body either, although someone entered, but did not leave – then this is disappearance from a locked room.
The first detective novel based on the plot of “murder in a locked room” is considered Murder in the Rue Morgue by Edgar Allan Poe (1841), which was also considered the first work in the detective genre. The first best-known mystery novel based on murder in a locked room was The Big Bow Mystery by Israel Zangwill, published in 1891.

Cultural overview: Israel Zangwill, Edgar Allan Poe, Gaston Leroux, John Dickson Carr, Sir Arthur Conan Doyle, Agatha Christie, Gilbert Keith Chesterton, Boileau-Narcejac, Per Fredrik Wahlöö, Maj Sjöwall.
The idea of the secret in a locked room relates back to artistic experiments within a closed space in romantic literature and to the chronotope of the closed space of a castle, which was popular in previous Gothic literature.

Meaning: The crime in a locked room has been the basis of the works of many authors, including many classics of the Detective genre. The first piece of the detective genre was written in the Locked room subgenre. Audiences love puzzles, and a good author, who’s able to describe all the necessary details to the last, allows the audience to come up with their own theories alongside the investigator.

Distinctive traits of symbols: American Detective story author John Dickson Carr singled out the following options for solving such a mystery: 1. Secret passages or holes; 2. An accident that looks like murder; 3.The victim was poisoned with something psychotropic and commited suicide; 4. A trap was set in the room; 5. Suicide framed as murder; 6. The room became locked after the murder was committed; 7. The murder was committed outside the room, and then the body was moved there, or the mortally wounded victim ran there and locked himself; 8. The victim is fast asleep (or is unconscious), the killer raises a panic and, breaking into the room first, kills the victim. This is most often done by doctors (under the guise of first aid).