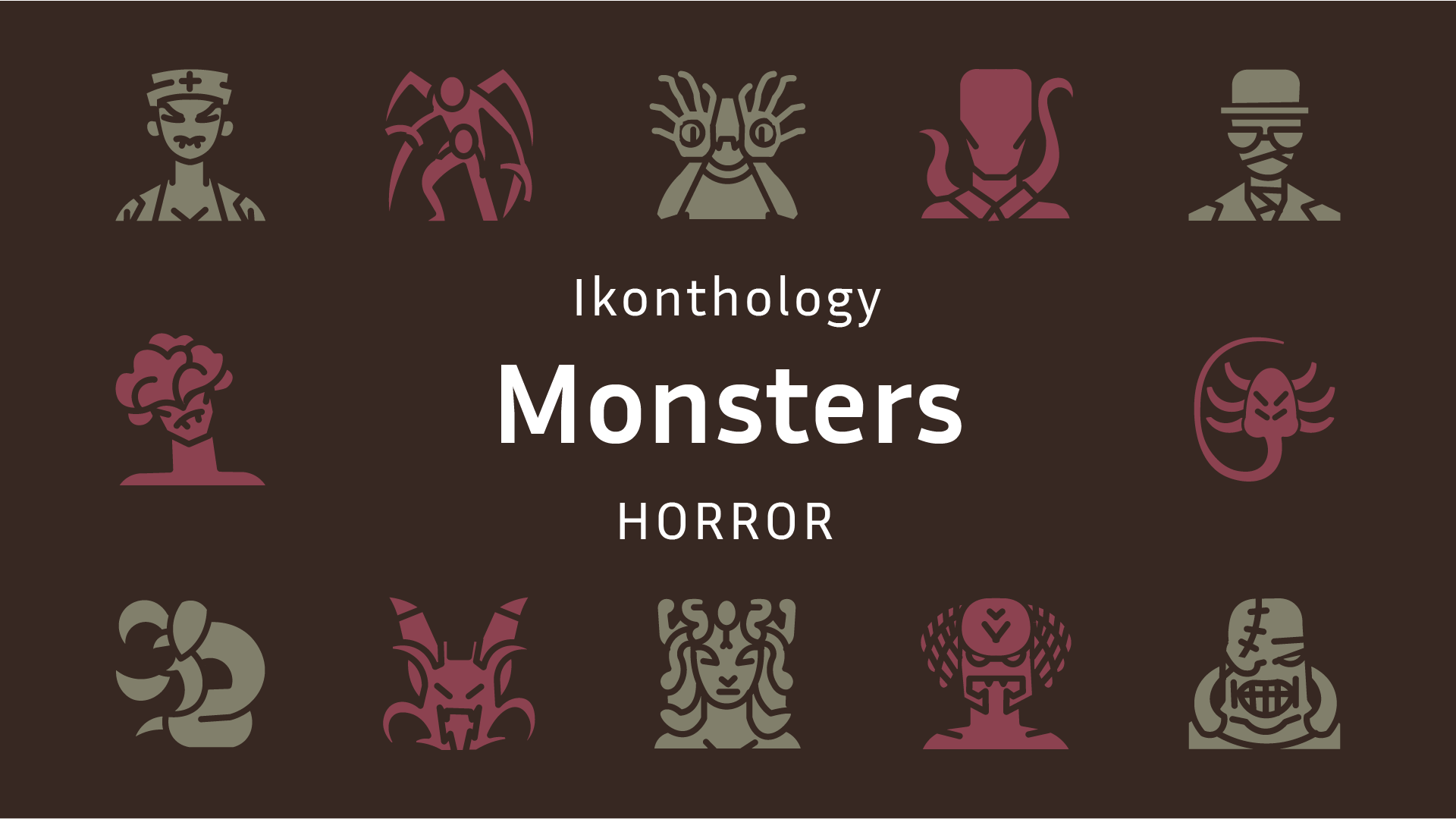 General info: A traditional “Monster” in the horror sense is a fantastic creature of enormous size and / or extraordinary structure. Stories about different monsters became a separate subgenre within the greater Horror genre. Cultures like the ancient Greeks sublimated and personified their instinctive fears into the images of monsters. Monster literature and films arose out of the folklore and mythology of these ancient cultures. In cinematography, the prototypical monster first appeared in the 1915 German silent film Golem, directed by Paul Wegener.
In literature, apart from traditional mythological bestiaries, the appearance of monsters dates from the release of Mary Shelley’s novel Frankenstein, or The Modern Prometheus (1818).

Cultural overview: Mary Shelley, Howard Phillips Lovecraft, Bram Stoker, Stephen King, Guillermo Del Toro, John Wyndham, Wesley Earl Craven, Dan Simmons, Ridley Scott, Hans Giger, David Paul Cronenberg.
Human fear has an evolutionary origin. It helped our ancestors survive in prehistoric times. The images of fictional monsters are composed of the same signals warning of danger: large size, unnatural behavior, strength and aggressiveness. The audience is calm to watch a monster at a distance, but as it closes its imposing nature becomes that much more apparent. But monsters do not have to be large to be scary. Anything that conceals itself with camouflage or darkness evokes the same sense of trepidation as walking through the forest alone at night, not knowing what if that vague silhouette is a tree or a predatory creature. In that way, Freddy Krueger from A Nightmare on Elm Street is an excellent monster, as he stalks his prey in a way that one can’t fight back, in their own dreams.

Meaning: Monsters, as a concept, have been around for centuries, from the ancient minotaur and medusa to the modern Slenderman. They have traits of man-eating beings that stalk the woods and plains, making thema kind of primal terror. At the same time, Monsters do not necessarily scare us — they sometimes attract us. We admire them. They stand at the junction of two worlds: ours, habitable and understandable, and another, about which we only vaguely guess, not having the strength to look there.

Distinctive traits of symbols: To create a monster, the author can use several techniques: transform the human body, bringing it close to body-horror. Monsters can also be animals, or have the traits of those large and aggressive beasts, such as King Kong or Godzilla. It can also be aliens whose body works according to principles we do not understand, which is frightening enough in itself before it comes for you in the bowels of a derelict spaceship. If the concept is complex, it can be mutants: a mixture of a mushroom with a person, walking aggressive plants, a bat mixed with a bug, or in general a monster can be an angel or a deity, but in an unexpectedly unpleasant guise.