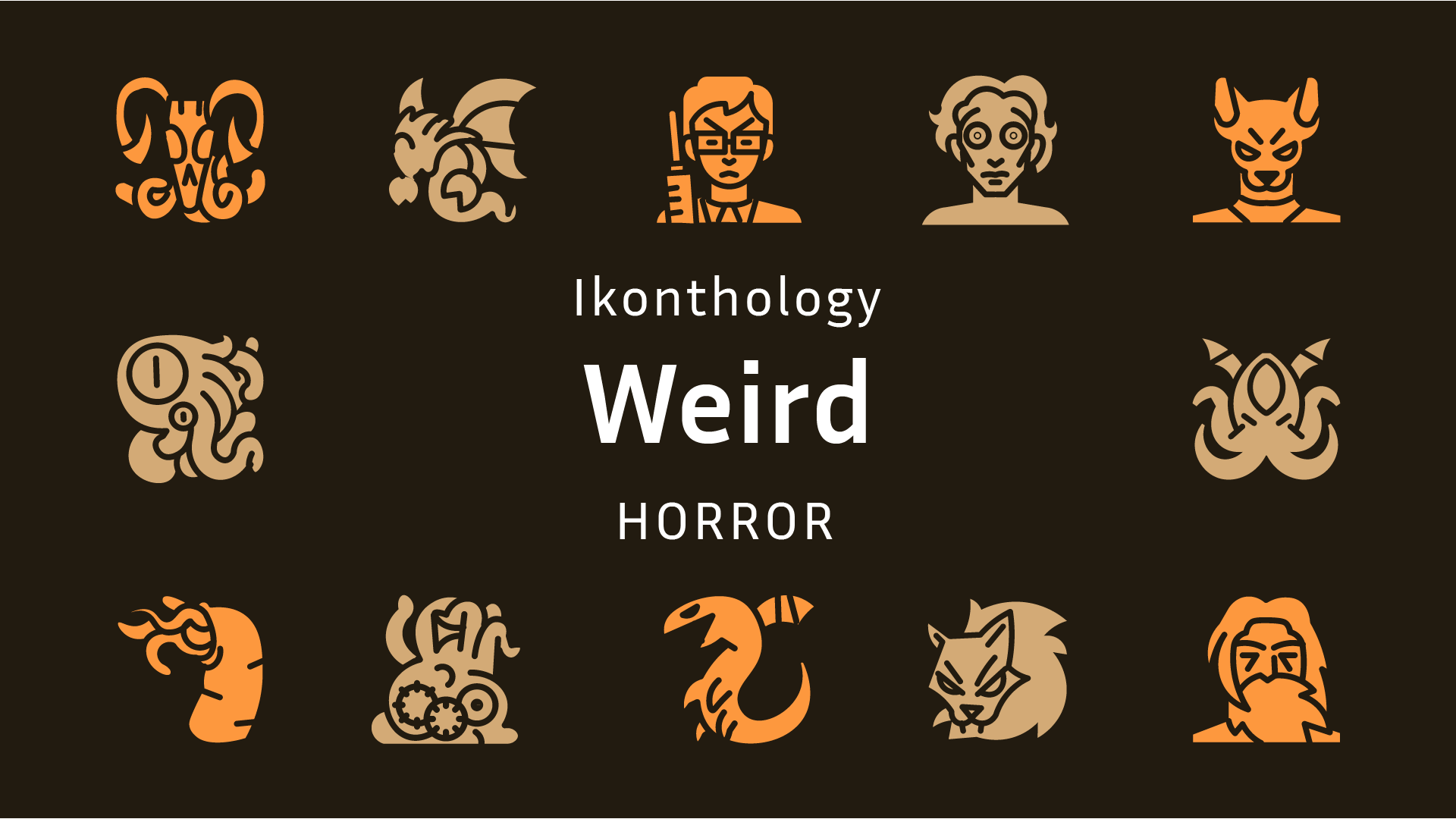 General info: The “Weird Horror” movement in art is not limited to any specific genre — it can include horror, science fiction, fantasy, or mystical thriller. Weird Horror does not offer an explanation of the mechanisms and laws of distorted reality — it is demonstrated there by strokes, spots and shapes that creep and slither straight out of a disturbed mind. The main task of the genre is to plunge the reader into the abyss of madness and chaos, which was successfully done by one of the founders of the genre, Howard Philips Lovecraft. Authors sometimes use “tentacle” to refer to the weird genre, since Howard Phillips Lovecraft was very fond of giving many tentacles to his monsters.
Edgar Allan Poe is often considered the first author of Weird fiction, although the term itself dates back to the early 20th century. Poe was identified by Lovecraft as the first “weird fiction” writer. In the late nineteenth century, there were a number of British writers associated with the decadent movement who were later called weird fiction. The American magazine Weird Tales published many similar stories in the United States from March 1923 to September 1954, and it was this magazine that became the main platform of the genre.

Cultural overview: Howard Phillips Lovecraft, Arthur Machen, Algernon Henry Blackwood, Ambrose Gwinnett Bierce, Clark Ashton Smith, Robert Fordyce Aickman, Jeff VanderMeer, Clive Barker, Mervyn Peake.
The genre grew out of Gothic, Occult and Supernatural horror in the wake of a general interest in spiritual practices and contact with something inescapable. It is this literature that makes it possible to meditatively enter the atmosphere of unexplored and frightening places.

Meaning: The genre avoids the established supernatural tropes like zombies, vampires, werewolves, and keeps away from the archetypes and associations induced by these tropes. Weird’s most unique works follow much less known paths and touch upon topics that seem groundbreaking, even to this day.
The task of Weird prose is to awaken a sense of contact with something that transcends the boundaries of human perception creating images that are almost impossible to describe in mere words.

Distinctive traits of symbols: The distinctive features of Weird fiction are not limited to a single format — they rather evoke a mood of otherworldliness and uncertainty, where reality itself is shifting and formless. Weird authors do not focus on horror in a banal sense, and do not pursue the goal of making the reader jump from a sudden scare. They are much more concerned with achieving the effect when the book is disturbing, when it evokes an elusive feeling of something alien and ominous. It’s an atmosphere whipped up by descriptions of an indifferent and mysterious nature, immersion in bizarre family traditions, or innuendo surrounding the protagonist.