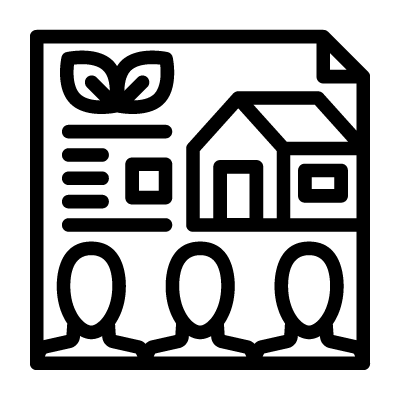 Common property is the concept that goods, land, and labor can be owned, controlled, and used by a society acting as a collective entity. In a world of ecotopia, an eco-society can survive only through work for the good of the community. Thus, everything that is manufactured is public property. An example would be historical hippie communes, where common houses, common clothes, and so on were used to support the struggle against capitalism and consumerism. In an eco-community, public property will be similar to this, but for the good of nature.