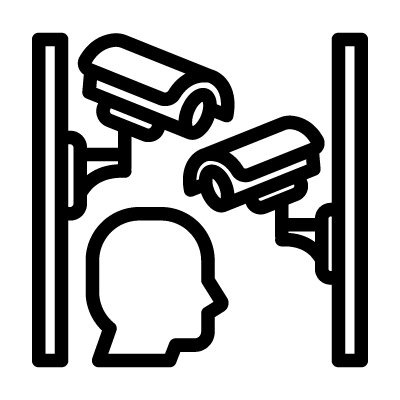 Constant surveillance is a way to control and track people in the dystopian genre. For example, Winston’s room from George Orwell’s novel 1984 is bugged and monitored around the clock. In Yevgeny Zamyatin’s novel We, people live in glass houses and are allowed nothing personal or private in their lives.