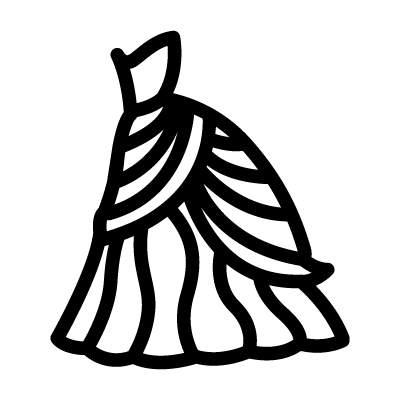 A crinoline is a stiff or structured petticoat designed to hold out a woman’s skirt. The item was popular at various times during the mid-19th century. Originally, crinoline described a stiff fabric made of horsehair (“crin”) and cotton or linen, which was used to make underskirts and as a dress lining. It also appears as the most popular women’s clothing in the world of steampunk.