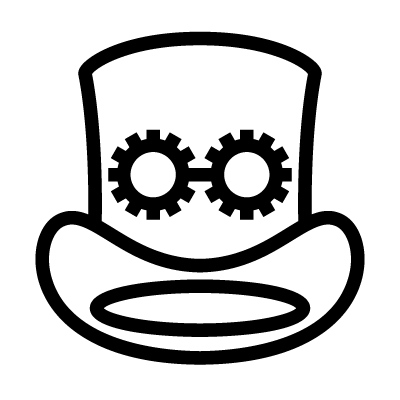 The cylinder is a European men’s headdress, which is a tall hat with a flat top. Top hats were common throughout the 19th century in the Victorian Era as an everyday headdress. It’s commonly used as part of steampunk costumes.