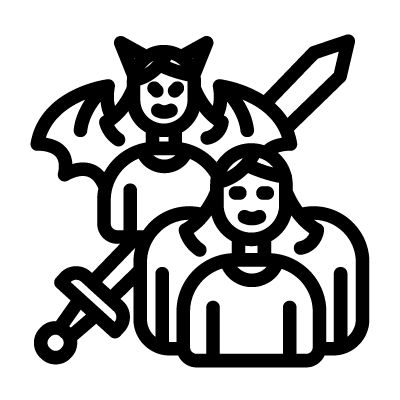 Description of Deities against demons

Conflict between deities and demons is one of the variants of the mystical end of the world. Angels and demons will storm onto the physical plane, coming together in the final battle in which the fate of humanity will be decided. This could be the beginning of the inevitable Armageddon, as the logical end of human existence.