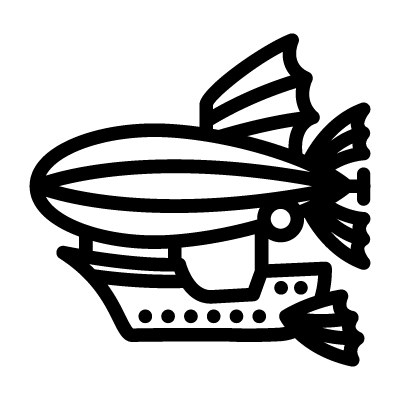 A Dirigible balloon is a type of aerostat or lighter-than-air aircraft that can navigate through the air under its own power. Aerostats gain their lift from a lifting gas that is less dense than the surrounding air. Airships are popular forms of transport in Steampunk stories. Varieties of airships vary widely. Rigid airships are the most common in steampunk stories, and they usually are a great deal larger than their softer counterparts, and can cover greater distances, giving them the ability to cross most of the Earth’s oceans.