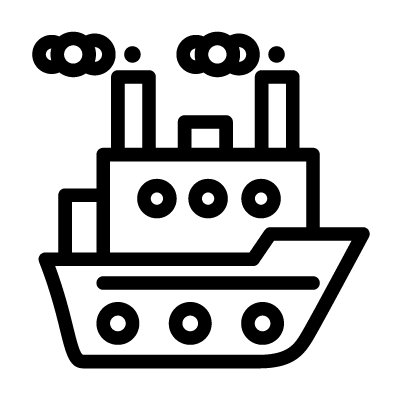 The dreadnought was the predominant type of battleship in the early 20th century. The first of the kind, the Royal Navy’s Dreadnought, had such an impact when launched in 1906 that similar battleships built after her were referred to as “dreadnoughts,” and earlier battleships became known as “pre-dreadnoughts.” Her design had two revolutionary features: an “all-big-gun” armament scheme, with an unprecedented number of heavy-caliber guns, and steam turbine propulsion. In the Steampunk world they are used as steam warships. In the Steampunk world they may also be able to fly.