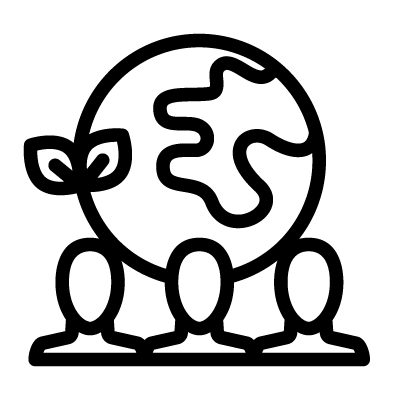 An Eco-community is a society based on the principles of unity in diversity, spontaneity and non-hierarchical connections while comprehending itself as an ecosystem. A person commits nature-saving actions not because they are realistic or practical, and not because he has technical capability for this, but primarily because he considers it necessary. Such societies develop a system of norms, values, ​​and practical ways to resolve the most pressing environmental and economic problems. Reaching an ecotopian future suggests a change in consciousness. All people in an eco-community are conscious and are not forced into such a life, and they themselves understand that other than eco-life, other choices can only be the destruction of the planet and life on it.