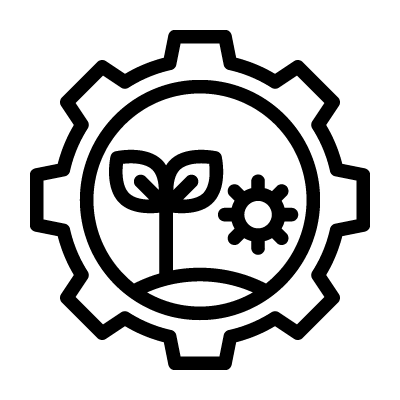 Eco technology is developed according to the principle of small size and versatility. People are expected to only use renewable power and to not create poisonous waste and gases. Eco technologies are also the activities that are aimed at improving the state of the environment. For example: recycling paper or making a reusable product, development of organic storage batteries, creation of electric vehicles / electric planes, introduction of a system for monitoring the state of the environment, creation of a nuclear reactor capable of utilizing waste from traditional nuclear energy, the ability to track the migration of representatives of the animal world, measures to capture carbon in the atmosphere and use it in the future, and application of crowdsourcing.