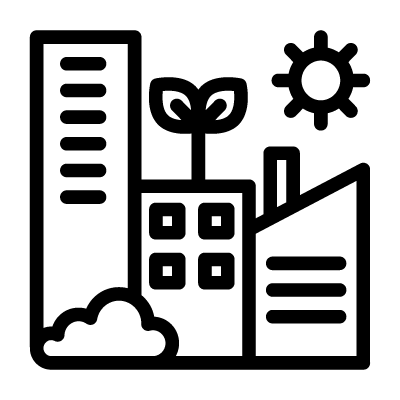 Ecopolis is a city created with the help of modern eco-technologies while causing minimal damage to the environment. The city is tailored to human standards and — in the famous expression of Aristotle — everyone can be gripped in one glance. Ecopolises are small in order to diversify the human population, and to not to create much waste, live with the help of renewable energies. An ecopolis’ citizens grow food for themselves, travel only with eco transport and live in eco-houses with garbage recycling.