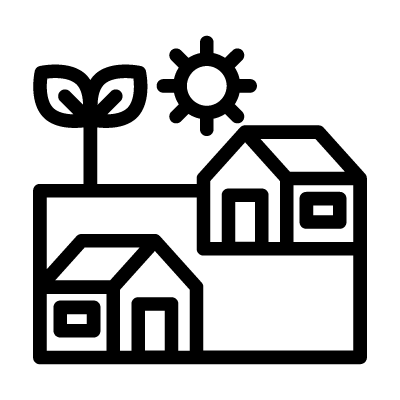 Decentralization of the population and life in small ecovillages will make it possible to avoid the immense problems with the waste of giant cities — problems that are now being solved only by the fact that waste is incinerated or left in huge landfills. In ecotopian society people live in small ecovillages and ecopolises that are using eco-energies and eco-transport for their day-to-day activities.