Eruption of all volcanoes 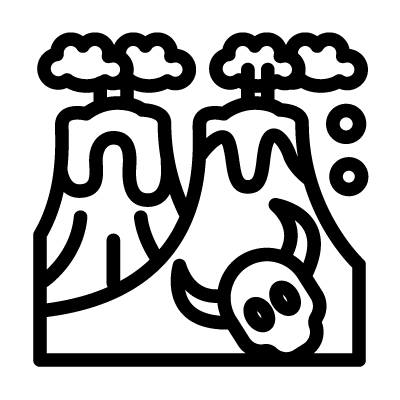 Description of Eruption of all volcanoes

Eruption of all volcanoes is one of the possible scenarios of the apocalypse and one of the ways mother nature will seek revenge against a species that has ravaged its environs for far too long.
For example, in Yellowstone Park in the United States, there is the famous volcanic caldera, a sinkhole that lays over the top of a volcano at approximately 55 kilometers by 72 kilometers in size. This whopper of a sinkhole was formed over the past 17 million years because of more than 140 eruptions. Due to its gigantic size, this natural phenomenon began to be called the Yellowstone supervolcano. Some scientists predict a large-scale eruption could happen again in 2074. Having exploded, the supervolcano will destroy all life around it within a radius of 700 kilometers in just a few minutes. The ash will be thrown so far away that it will cover the entire surface of the Earth with a layer 8 centimeters thick.