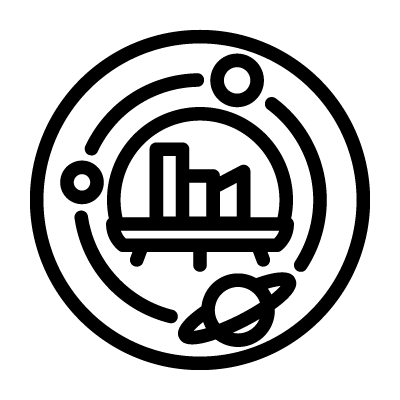 Extraterrestrial colonies are a means of combating the overpopulation of the Earth in an ecotopia. These colonies will take the form of eco-settlements with their own eco-communities and will be able to both exist independently and supply their resources back to Earth. Alternatively, colonies could exist on stations in space orbiting celestial bodies These stations rotate to create artificial gravity, while energy is generated using giant solar arrays to trap the sun’s energy.