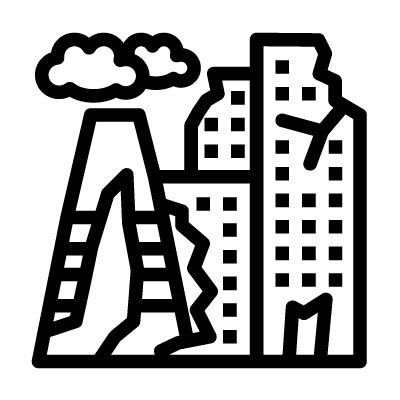 Factories ruins are an abandoned industrial setting associated with large-scale production and processing of particular products. It is an important part of the post-apocalyptic landscape. Raiders or looters are always there in a search of preserved technological objects that can be helpful for survival or goods for later sale.