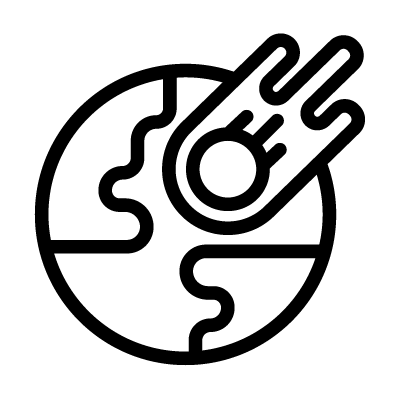 Falling meteorite is a variant of cosmic armageddon. This type of apocalypse could be considered the most destructive, with the most devastating consequences for the planet itself. For example, 65 million years ago, a giant meteorite fell on our planet and this led to the extinction of dinosaurs and most other living organisms. A meteorite of significant size and velocity crashing into earth could lead to complete extinction of most of Earth’s species, and could even throw the entire planet out of its regular orbit.