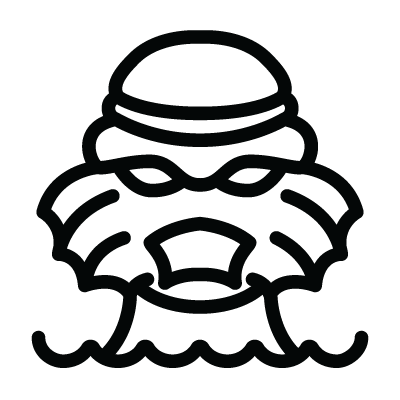 Fish people are a category of (usually) intelligent, underwater fantasy species. While they are humanoids, they do not look human. Their bodies, especially their faces, have a fish-like/reptilian appearance. Their disposition/attitude towards others (especially surface folk) and ability to survive on land vary depending on the character and the series.
While Fish People are most often a pre-existing race, sometimes they are former humans (or fish) who are the result of mutation. This origin seems especially prevalent in western animation.