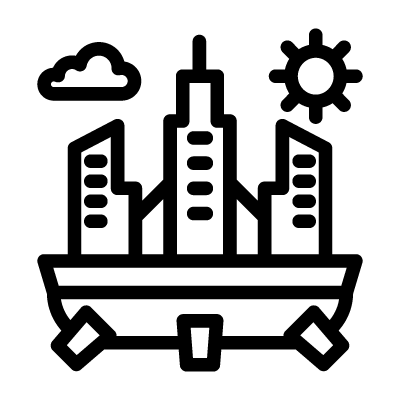 Floating cities are composed of a large number of prefabricated modules connected by underwater tunnels. In an ecotopia, they exist to tackle the problems of overcrowding on land.
The city has a network of power plants that use the energy of the sun, water, and wind. There are also farms, both of produce and fish varieties, as well as complexes for processing and recycling waste.