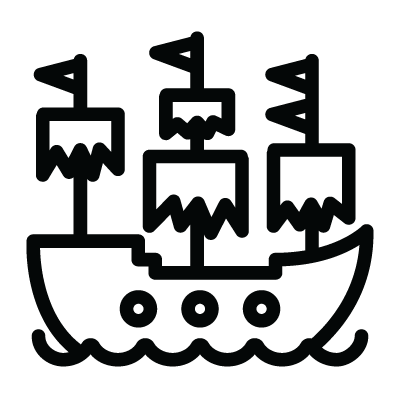 The Flying Dutchman, or simply referred to as the Dutchman, is a mythical ship of naval folklore led by its forlorn captain, Davy Jones. The ship was cursed to sail on forever and never make port. The story and attributes of the ship were inspired by the actual Flying Dutchman of nautical lore. The Dutchman, able to sail on the sea and underwater, elicits terror from those unfortunate enough to cross its path.