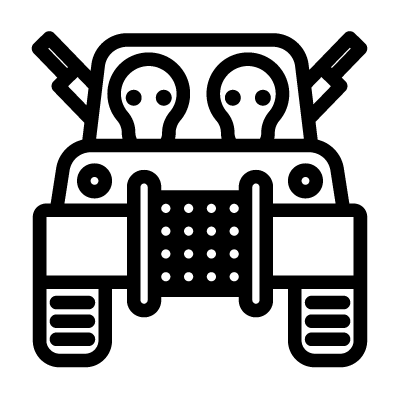 Gangs in a Post-Apocalyptic environment are criminal communities led by a strong leader who make a living off robbery and violence along trade routes, raids on settled settlements, and illegal trade. In all parts of the world, growing gangs of raiders and marauders loot and destroy peaceful settlements. Nobody feels safe.