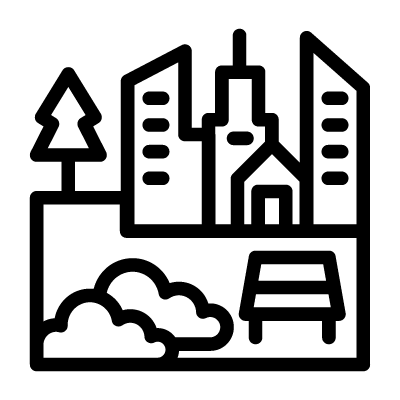 The Garden city is a concept of the ideal city developed by the English utopian sociologist Ebenezer Howard at the turn of the 19th and 20th centuries. A garden city is a sparsely populated and low-rise settlement that combines the advantages of a city and a village without inheriting the main disadvantages of both. People in the garden city live in harmony with nature in cozy, well-maintained areas, mainly work in production and receive all the necessary benefits of civilization without the stress of a capitalist metropolis. First, these should be small settlements, limited to about 32,000. They can unite in associations with a single community center, serving up to 250 thousand people. In the center of the whole city is a garden, surrounded by public buildings including shopping centers, libraries, hospitals, theaters, and museums. The second circle is a green park with glazed greenhouses, sports grounds, and shopping and exhibition areas. Further, the circles of residential buildings and green spaces alternate. Everything that people eat in such a city is grown within its borders.