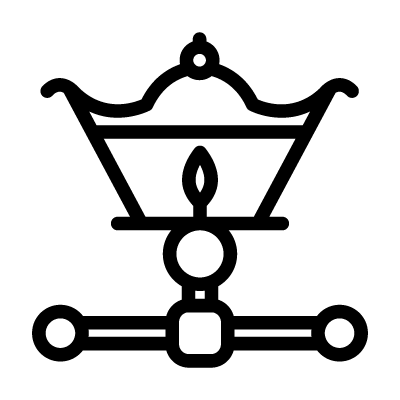 Gas lamps are the traditional Steampunk lightsource, seen on the street as well as in the home. The cool nights of the city are illuminated by the soft glow of these gas lamps, and is one of the staples of the Victorian Era technologies incorporated into the Steampunk genre.