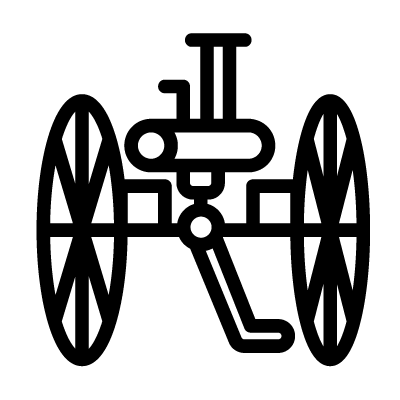 The Gatling Gun is a rapid-firing multiple-barrel firearm invented in 1861 by Richard Jordan Gatling. It is an early machine gun and a forerunner of the modern electric motor-driven rotary guns and rotary cannons. It is also one of the main weapons of mass destruction in the Steampunk world.