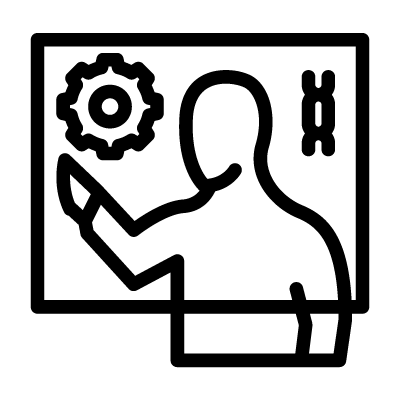 Genetically engineered humans are people whose genetic code was manipulated by genetic engineers. People have learned to replicate plants, animals, and even human genes. Such genetically engineered people can have various evolutionary advantages and can be artificially adapted to life in the future. For example, their lungs can purify air that could be heavily polluted. They can live underwater if genetic engineering has given them gills. They can have an overdeveloped brain or given super strength, and so on.