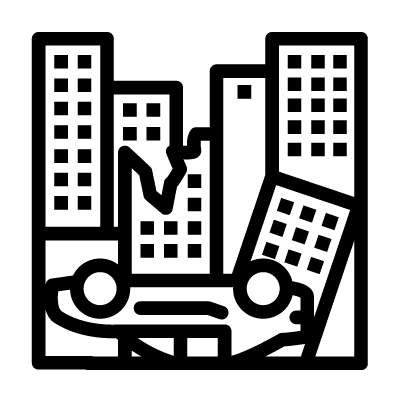 Ghost towns are an iconic part of the post-apocalyptic landscape. Such decrepit towns lack any and all inhabitants, maybe save the one crazed loner squatting in an abandoned building. These locales are often completely destroyed, the skeletons of their buildings like the tombstones to the old world, or they are overgrown with plants and weeds as mother earth reclaims what was once hers. These places are often dangerous for the random explorer, and if not dangerous, then their mangled visage of the old world is often chilling.