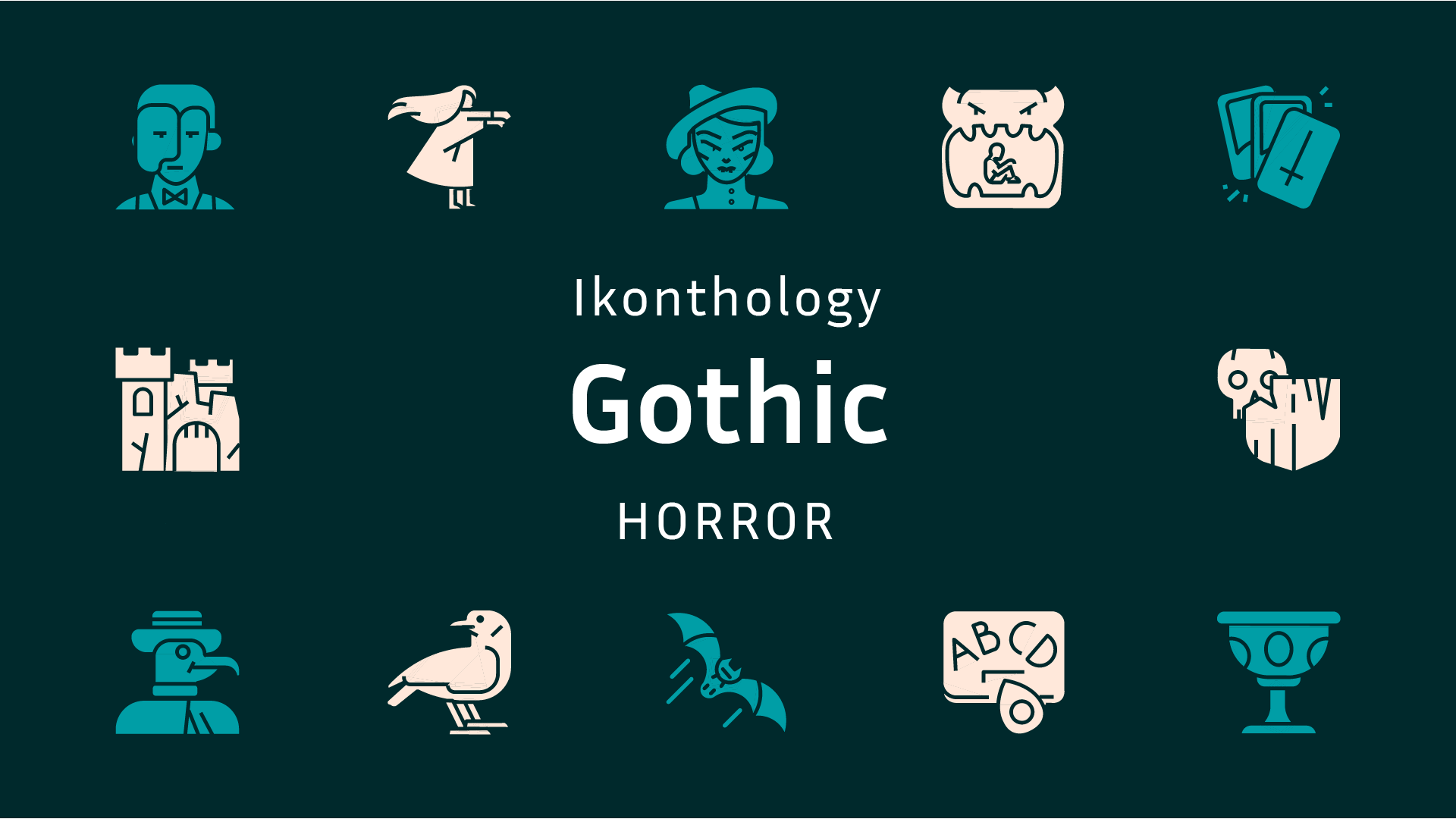 General info: Gothic horror is a genre of literature that arose in the second half of the 18th century and was especially characteristic of early romanticism (pre-romanticism). The Gothic novel evokes a kind of pleasant feeling of horror, having similarities to a romantic novel in prose with elements of supernatural horror, mysterious adventures, fantasy and mysticism (family curses and ghosts). Gothic is the forerunner of the modern horror genre. The name is from the medieval Gothic architectural style because the novels are often set in old gothic castles. In the modern sense, Gothic is also a subcultural genre. It is associated with near-Christian mysticism, vampires, werewolves, undead, gloomy cemetery symbols, tragic love and necro-romance. At least the shell of the original phenomenon remains.

Cultural overview: 18th century writer Horace Walpole is considered the founder of the genre of the Gothic novel and one of the initiators of the "Gothic Revival" movement in England in his time. Meanwhile, Clara Reeve, an 18th century novelist, was the first to delineate the definitions of genres and emphasize the importance of morality in Gothic. Mary Shelley is known as the author of the book Frankenstein; Or the Modern Prometheus (1818). Later in the early 1900s, Marjorie Bowen wrote several sinister Gothic novels in the early 20th century under the pseudonym Joseph Shearing. Her work was imbued with atmospheric mysticism and dread, and several of her books have been filmed. Widely considered the founders of the Gothic genre in its modern sense are Jane Austen, Walter Scott, Samuel Taylor Coleridge, Edgar Allan Poe, Charles Dickens and Sir Abraham “Bram” Stoker.

Meaning: Gothic is a branch of romanticism, so the idea of simplicity and closeness to nature is often promoted. As a rule in Gothic stories, the embodiment of good is some kind of monk, priest, or an innocent and devout girl are the usual embodiments of good, while Gothic antagonists are attractive, but rotten aristocrats who are either all entirely vampires or sold their souls to Satan. Accordingly, good can be found in the countryside, village churches, etc. The place where evil dwells is an ancient and gloomy mansion or castle with luxurious bedrooms in the Baroque and Rococo style, one with a full organ playing in the background and red curtains on the windows, fully emphasizing the mysticism associated with old houses, ghosts, and ancestral curses. Gothic maintains a black and white morality with a religious bias. This is a very important feature by which one can distinguish Gothic works from more decadent ones. From the point of view of the authors of Gothic, there is a good God who helps people, all kinds of supernatural beings (fairies, elves, Olympic gods, etc.) are only the guise for demons that involve people in sin.

Distinctive traits of symbols: Gothic horror uses the following supernatural elements for enhancing mysticism and horror: otherworldly forces that a visit with an evil purpose; the appearance of a ghost and a strange illness; afterlife appearances; living dead; returning from the grave; fulfilling an oath; restless soul; mysterious destiny. The literary Gothic novel arose under the influence of the present Gothic — a cultural phenomenon in Western Europe of the Middle Ages that existed between the Medieval ages and the Renaissance. The Gothic novel is set in the 13th through 15th centuries or in a place that has retained its classic characteristics despite the ages. The typical scene is set in some Gothic castle. Dark history dominates the space A frequent inspiration of painting and sculpture: hellish torments, devils, sinners. There are either no decorative elements at all, or they are extremely scarce, with the exception of religious iconography. Painful pallor and thinness are in fashion. Virginity is power. There is no erotica at all and at all. No deep cuts, flickering legs and even kisses.