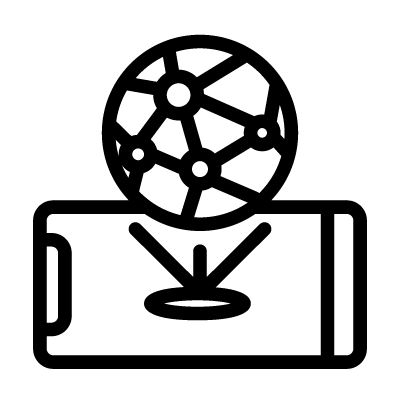 Holographic phone is a phone that can display holograms. A hologram is a volumetric image that is created using a laser, essentially reproducing an image of a three-dimensional object. Holograms of the future react to touch and can be used as buttons, keyboards, cards, and so on while at the same time they are installed on the phone or within the hand itself, which allows people to carry a small full-fledged computer with them at all times.