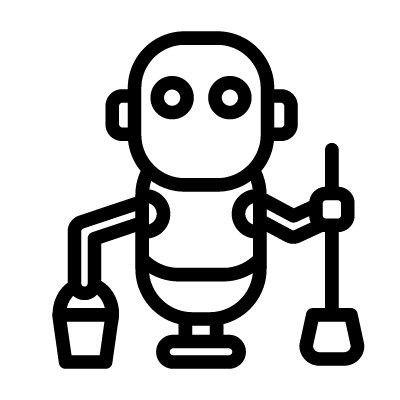 The Housekeeping robot is a robotic assistant that’s assigned the tasks of cleaning, cooking, babysitting, and butler functions in a household. This robot must solve all everyday problems so that people in a Digital Utopia have as much time as possible for other tasks. If a smart home does not appear in utopia, then a robot cleaner can replace it. The social order for robotization also includes the dream of a house where everything from cleaning to choosing an evening TV show is automated.