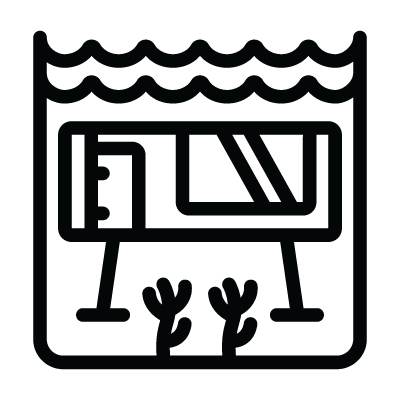 Hydropolises are underwater settlements adapted for the life of a small population but are not intended for exclusively scientific work. These can be underwater hotels, campsites, and in the future, fish farms, etc. The main point of an underwater house is to exclude long-term decompression necessary for divers during each ascent to the surface during any underwater work, especially deep-water efforts.