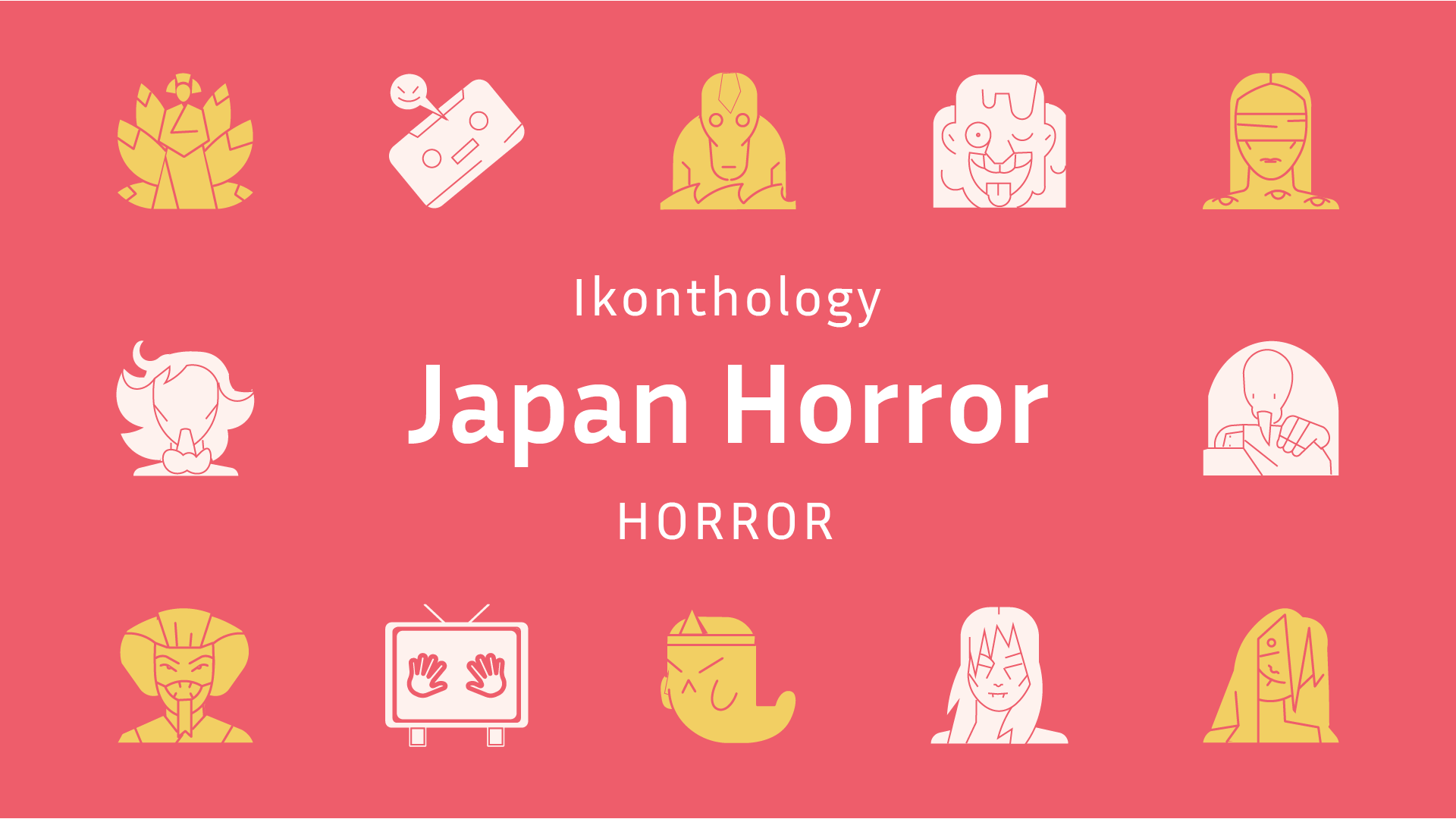 General info: Japanese Horror is a subgenre of Horror fiction arising from the pop culture of Japan, usually known for its unique thematic and traditional treatment of the horror genre, which differs from the traditional Western representation of horror. The environments that showcase Japanese Horror fiction include literature, anime and films, video games, and artwork. Japanese horror usually focuses on psychological horror, thick tension and supernatural horror, especially involving ghosts (yurei) and poltergeists. Other examples of J-Horror features folk religion and themes such as obsession, exorcism, shamanism, foresight, and youkai. Yurei, in Japanese folklore, are the restless souls of the dead who can’t find peace because they were deprived of it at the time of death. Youkai is the common name for all anthropomorphic demons in Japanese folklore. Youkai are so numerous and varied in their appearance, habits, functions and habitat that together they can only be understood as “something strange and wonderful.” Yurei and Youkai are the most popular characters in J-horror.

Cultural overview: Directors are considered the founders of the J-Horror genre. Onibaba directed by Kaneto Shindo, Kwaidan by Masaki Kobayashi, almost all films by Kiyoshi Kurosawa, Takashi Miike, Nobuo Nakagawa, who is famous for stylized folktales that influenced Japanese horror, Ring by Hideo Nakata, Ataru Oikawa, Takashi Shimizu, Kōji Shiraishi who is the most famous for his movie Noroi: The Curse by Norio Tsuruta.

Meaning: The origins of Japanese Horror can be traced back to the ghost stories and classic horror classics of the Edo and Meiji periods, which were known as Kaidan, which when translated means a “strange story.” Elements of these folk tales have entered the plots of modern films, especially in the traditional nature of the Japanese ghost and youkai. After the bombing of Hiroshima in 1945, Japanese horror films mainly consisted of vengeful ghosts and kaiju monsters such as Godzilla. In the post-war era, the horror genre became popular in Japan. The first major Japanese horror film, often referred to as the first in the genre, is Onibaba directed by Kaneto Shindo in 1964. The film belongs to the category of historical horror drama, in which a woman and her mother-in-law are trying to survive during a civil war. As with many early Japanese horror films, elements are largely borrowed from traditional Kabuki and Noh theater. Modern Japanese horror films are dominated by haunted houses and the breakup of nuclear families.

Distinctive traits of symbols: The first popular Japanese horror films were kaiju monster films, most notably the Godzilla series, which debuted with the original Godzilla in 1954. Besides psychological horror, there are also numerous Japanese works of zombie fiction. A monster in J-Horror is always composed of several fears, and, as a rule, has elements of two opposite extremes. Dualism is a key concept for understanding Japanese Horror. A hotbed of evil, whether it is about a kaidan (a ghost story) or a splatter (a film showing a lot of blood), is always twofold. The directors of Japanese Horror films were constantly experimenting with form, intertwining their own traditions and techniques familiar to Western audiences in the most unexpected ways.